The list of things I never thought I’d do is long. Among them is previewing a new JRPG in the universe of a well-established anime franchise. Add to that doing said preview on a pirate ship in San Diego, fully decked out with plenty of screens, PlayStation 5’s, and a complete ONE PIECE ODYSSEY theme, and I’d say it’s been a pretty surprising week for me.

The team at Bandai Namco brought a group of journalists and influencers on board The Star of India to immerse ourselves in the world of ONE PIECE ODYSSEY fully. The game is set to launch soon to celebrate the 25th anniversary of ONE PIECE. We spent a few hours on board to get some hands-on experience with the game. After listening to a short presentation about the inspiration behind the newest game and what fans and newcomers alike can expect from the JRPG, it was time to play the preview build. 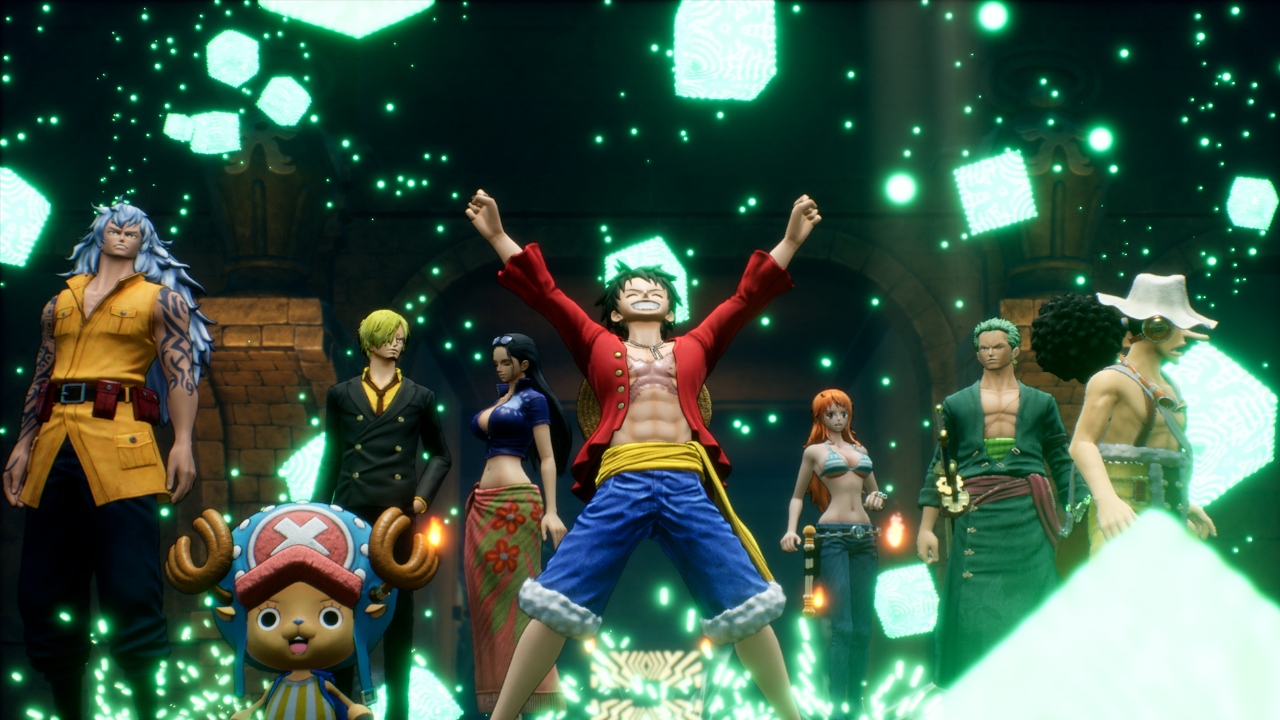 What was stressed more than anything is that ONE PIECE ODYSSEY is an entirely new storyline in the ONE PIECE universe, with direct involvement from the series creator, Eiichiro Oda. This makes it a perfect place to start for newcomers to anime or ONE PIECE. For veterans, it’s brand-new material, keeping the franchise fresh. In addition, the team at Bandai Namco wanted to take the JRPG genre and expand on it with battles, teammates, dungeons, and something called Grand Logs. These logs allow players to rewatch scenes and catch up on the lore of the popular anime. Even though the story is new, players will still be able to immerse themselves in the universe.

Despite A Lack of Knowledge of the Source Material, ONE PIECE ODYSSEY Still Draws Me In

Not being an anime fan per se, I was concerned that ONE PIECE ODYSSEY would be lost on me. Exploring the in-game world, scavenging, and battling was more than enough to draw me in. There is definitely a learning curve to the game, but tutorials and controls are always available should players get lost.

ONE PIECE ODYSSEY follows the Straw Hat Crew after they wash up on the island of Waford and are separated from each other. Slowly, you build your team back up, work together, and even meet two new characters, Lim and Adio. Part of the charm of ONE PIECE ODYSSEY is that the team brought back the original VO actors for the JRPG. The beloved characters should seem familiar to lovers of the series. But, unfortunately, the crew has lost their powers and must explore and battle to get them back (and Luffy’s hat!). This is done by uncovering the island’s mysteries and traveling to past memories. 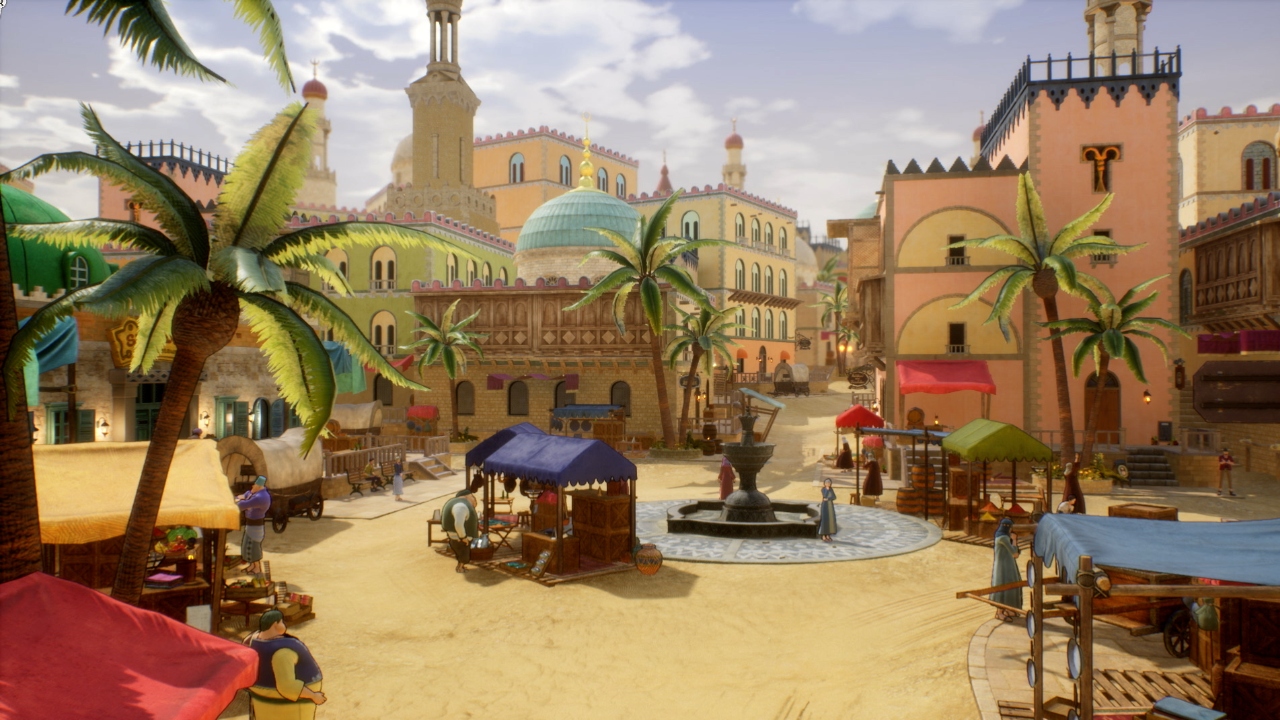 The portion of the game I got to play was Alabasta. Here I got to play around with battling, exploring the wilderness and town, and completing short quests. While running around town, I made sure to chat with as many NPCs as I could. There are plenty of indicators that NPCs have something to say, but they never clear away. There is nothing to tell you whether you’ve already talked to someone, so you can find yourself running in circles. Even if there was a color indicator between seen and unseen conversations, I think it would really streamline the exploring process.

While talking to NPCs, I found some more minor quests. Apparently, you can only track one thing at a time on your screen or map. There are red indicators that mean they progress or help the episode, but white indicators throughout the town or anywhere else similar will always remain the same.

A Lengthy JRPG Adventure Awaits, But How Streamlined Is It?

ONE PIECE ODYSSEY’s main episode is around 40 hours, with another 20 hours worth of side episodes. My personal playstyle for a JRPG is to take all the quests I can at once and complete them in chunks. Usually, I would have them marked on a map or on the screen. There is space for your current main objective, but the rest of the UI is marked for a list of controls you can open or close. It feels like a waste of space to me since you’ll likely have mastered the controls after a few hours. Jumping in and out of a menu to see what’s next on your list doesn’t seem efficient in a JRPG. 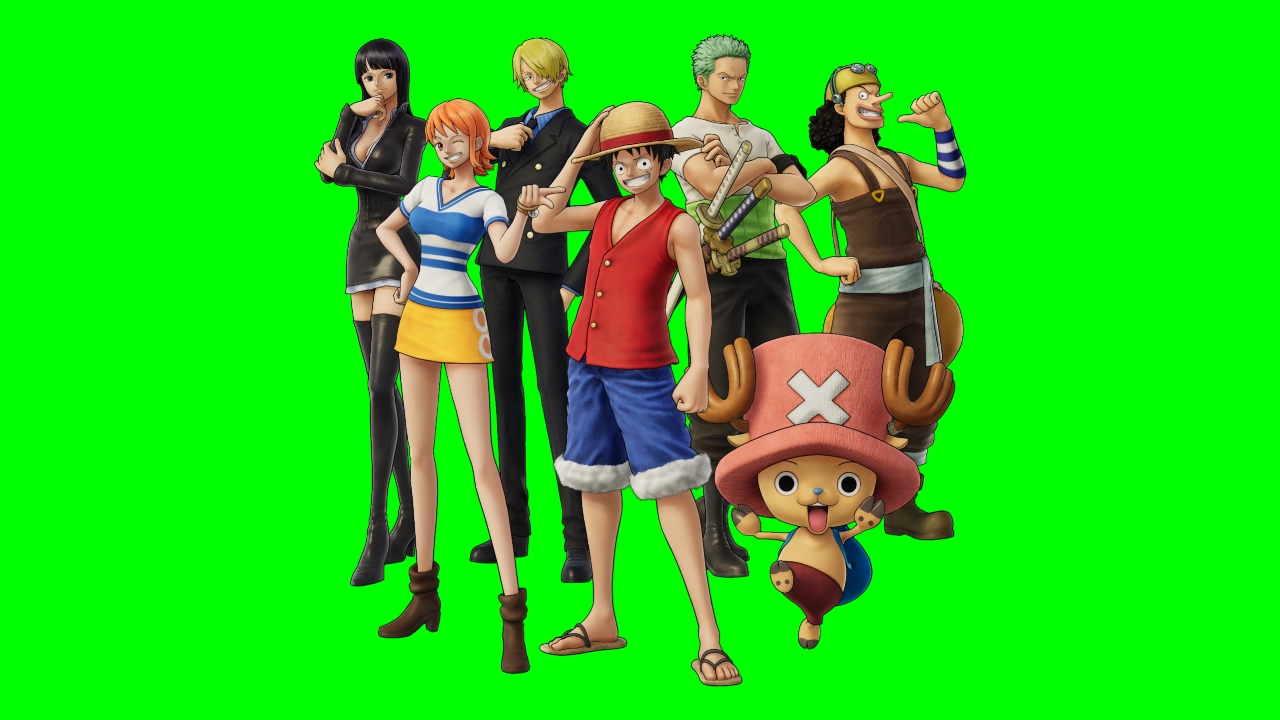 While exploring, Bandai Namco took from some classic RPG elements to keep the game interesting. On your adventures, you can swap between characters (Luffy, Zoro, Nami, Usopp, Sanji, Chopper, Robin, Franky, and Brook). Each character has a different advantage to leverage. For example, Luffy can stretch his arms to get to hard-to-reach places. Sanji can find hidden ingredients. Chopper can enter small areas. Nami can find hidden money. Zoro can break obstacles. Finally, Usopp can use his sling.

The world felt linear in my limited experience with ONE PIECE ODYSSEY. Moving from area to area wasn’t an open world where I could explore freely. The game very much guides you from point A to point B and lets you know if you’re trying to head somewhere you shouldn’t be yet. You can often see things you want to explore or gather but won’t be able to reach them until later in the game. I appreciate that ONE PIECE ODYSSEY does let you know, though, as other games have left me struggling to reach something that I later find out I shouldn’t be able to, only having wasted my time.

ONE PIECE ODYSSEY Has A Hook To Help It Stand Out

Something else that Bandai Namco says will set ONE PIECE ODYSSEY apart from other JRPGs is their “Dramatic Scene” system. Essentially, cutscenes will take place throughout your travels and battles, changing the circumstances of what you’re doing. Realistically, these felt like normal cutscenes to me. They progress the story, but they change how you may generally take on a battle or where you’ll need to go next, so it’s an excellent way to keep players on their toes.

ONE PIECE ODYSSEY reminded me a bit of the Dragon Age games, with your team chatting throughout your journey, competing on the things you see, or talking to each other. Also, similar to Dragon Age, you can swap characters during battle. Each has talents and abilities that differ from one another, and different choices will be stronger or weaker against certain enemies. Everything is pretty standard from a turn-based battle system. ONE PIECE ODYSSEY does feature various playing fields in each fight, meaning you can choose which enemies to attack or select between close-range and long-range attacks.

On top of the unique battle and exploration abilities, each character will bring something different to your team. Crafting and cooking will be important on your journey. Some of these skills included Sanji’s Kitchen, letting you create items to heal HP or TP (spent on abilities in battle, replenished by normal attacks) or raise stats, etc., and Usopp Factory, which lets you create trick balls used to attack enemies, leaving debuffs like lowered attack or defense. Robin’s Mystery Craft is also available to craft gear like hats and jewelry. 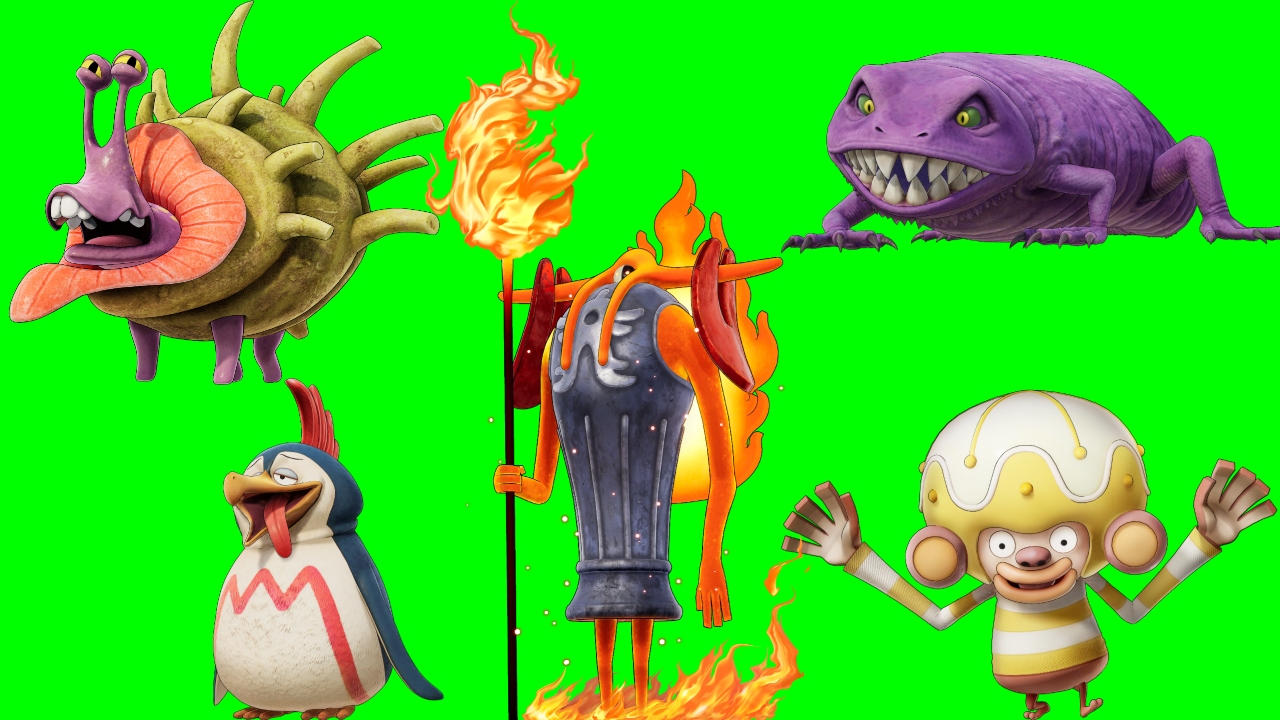 The game features a lot of cutscenes to keep you immersed, but I found them tedious after a while. You can speed up the scenes and battles in battle, but not quite enough. The other option is to autobattle, but you still need to sit through animations. Enemies were interesting to me, whether they were funny, cute, or ridiculous (Eisa’s fall here). I found myself thinking of some of the Zelda games with ONE PIECE ODYSSEY’s enemies, especially the Fire Colossus.

Aside from battling and exploring, ONE PIECE ODYSSEY features several additional systems. The game will have dungeons, skill points called Cube Fragments, gear up each character with a grid system, gather ingredients and items for the aforementioned crafting, and of course, feasts. Campsites will let your team gather and feast. Here you will recover HP, increase EXP for ten battles, and increase your chance of critical hits.

The grid system used for gearing up your characters was very interesting. Instead of a specific slot for each piece of gear, there was a grid of squares. Different pieces of equipment were different shapes made of squares. There were groups of four in a line or square, some reaching five. I can assume that this section are meant for later in the game. You basically need to practice your Tetris skills to fit as many of the pieces of gear into your grid. For example, two lines and two squares of four, four squares of four, or four lines of four will fit in a 4×4-sized grid. I haven’t experienced this sort of system before. It was refreshing and let me customize my character’s gear however I wanted.

All the elements of a splendid JRPG are present in ONE PIECE ODYSSEY. It is safe to say that if you’re a fan of the series, you will feel at home in the game. There is enough backstory and things to explore to bring new fans to the universe.

Dayna is an all-Canadian long-time gamer and geek. She absolutely loves introducing the people she knows to her love for gaming and nerd culture. You can often find her writing about tech, gaming and media across the web.