Every two weeks, I’ll look at the world of indie releases. Games will range from the sublime to the silly, rounding up release news and checking out demos.

Of course, the question is: what is an indie game? For me, there are different levels of indie games. An indie game can come from a small studio. It can be from an imprint of a larger company. Additionally, it could be made by one person over four years while working a day job and dreaming of punching polygons.

As gaming has evolved over my lifetime (she says, in her mid-thirties), the line between prestige titles and indie games has blurred more. Accessibility, both in terms of being able to play games and being able to make them at home, has drastically changed the landscape. No longer are gamers bound by clunky cartridges that you sometimes need to wiggle for them to work (Looking at you, my copy of Super Castlevania IV from when I was a child).

In a very long-winded way, I’m trying to say that indie games are a vast and sprawling medium spanning every genre and style you can think of. There’s innovation, there are labors of love, and there are weird, nightmare fuel experiences with seemingly no resolution or meaning. Welcome to Indie Insights!

At the time of writing this, the Steam Winter Sale is wrapping up, which means I have acquired a load of random games that have been on my wishlist for ages. What did I find? Dogs, dancing, and (frog) detectives! Here are some of the best indie titles you can play on Steam. 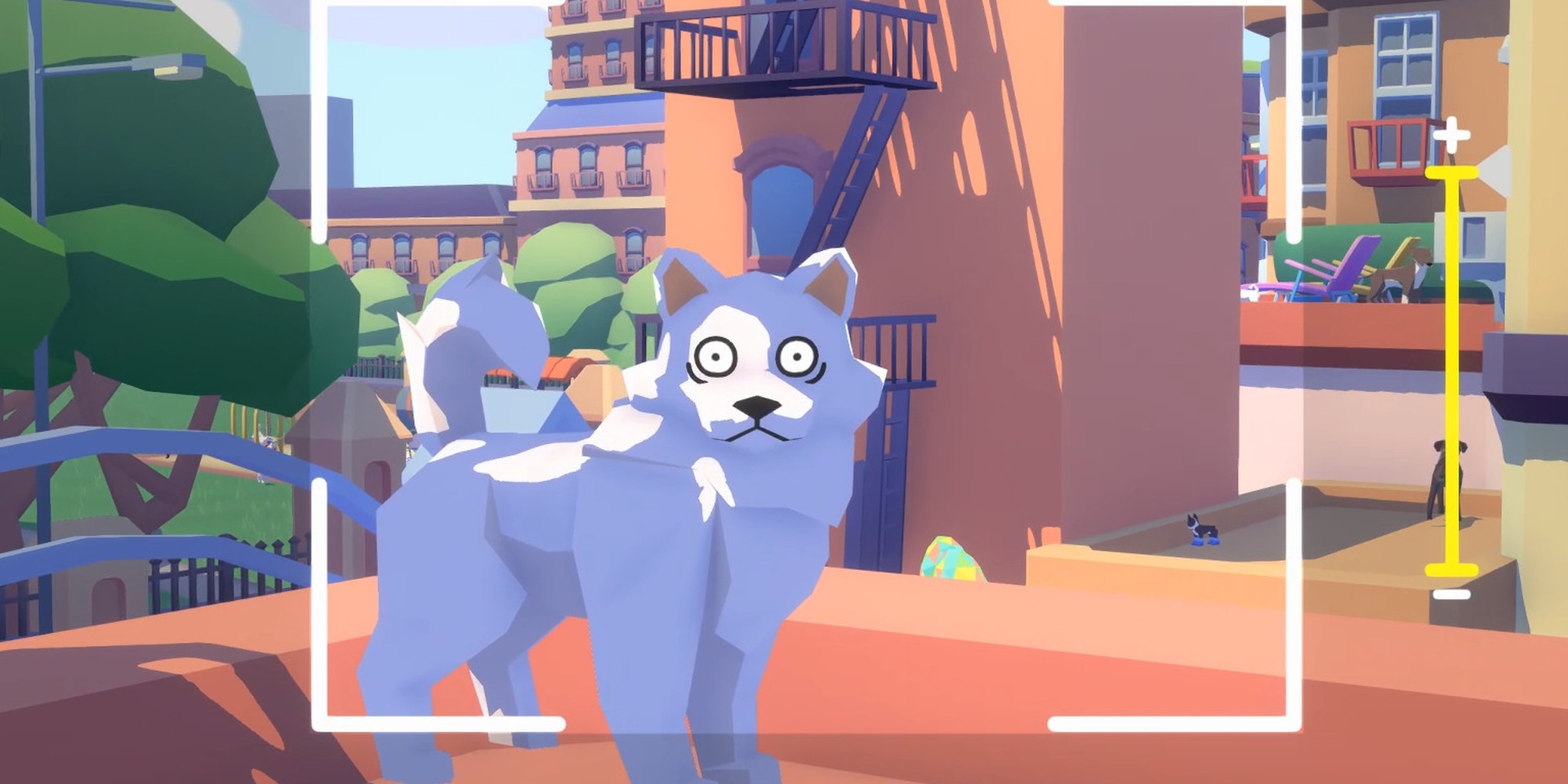 When you see the title of Pupperazzi, you think it will be one of two things. Either you will be a Golden Retriever walking the streets trying to snap photos of celebs or an anthropomorphic nightmare camera strutting around an island filled with dogs and taking pictures of them. The second one hadn’t even crossed my mind; I just assumed I would be a person taking dog pictures. I was sort of right.

In Pupperazzi, from developer Sundae Month, you arrive on an island full of demanding dogs wanting their pictures taken. Or, sometimes, they want pictures of other random dogs taken for them. Delightful! Until you jump and see your shadow cast upon the cliff face, you see that you are an anthropomorphic nightmare camera.

Yes, you are a strutting atrocity whose only mission is to pet dogs, give them hats and take pictures of them. It’s adorable. Different areas of the island offer various quests and the opportunity to unlock new camera lenses, film, or dog toys to make your pictures more fun. Crammed with silliness and my favorite dog walk cycle ever, Pupperazzi is an excellent game for relaxing and taking photographs of Pugs in party hats. 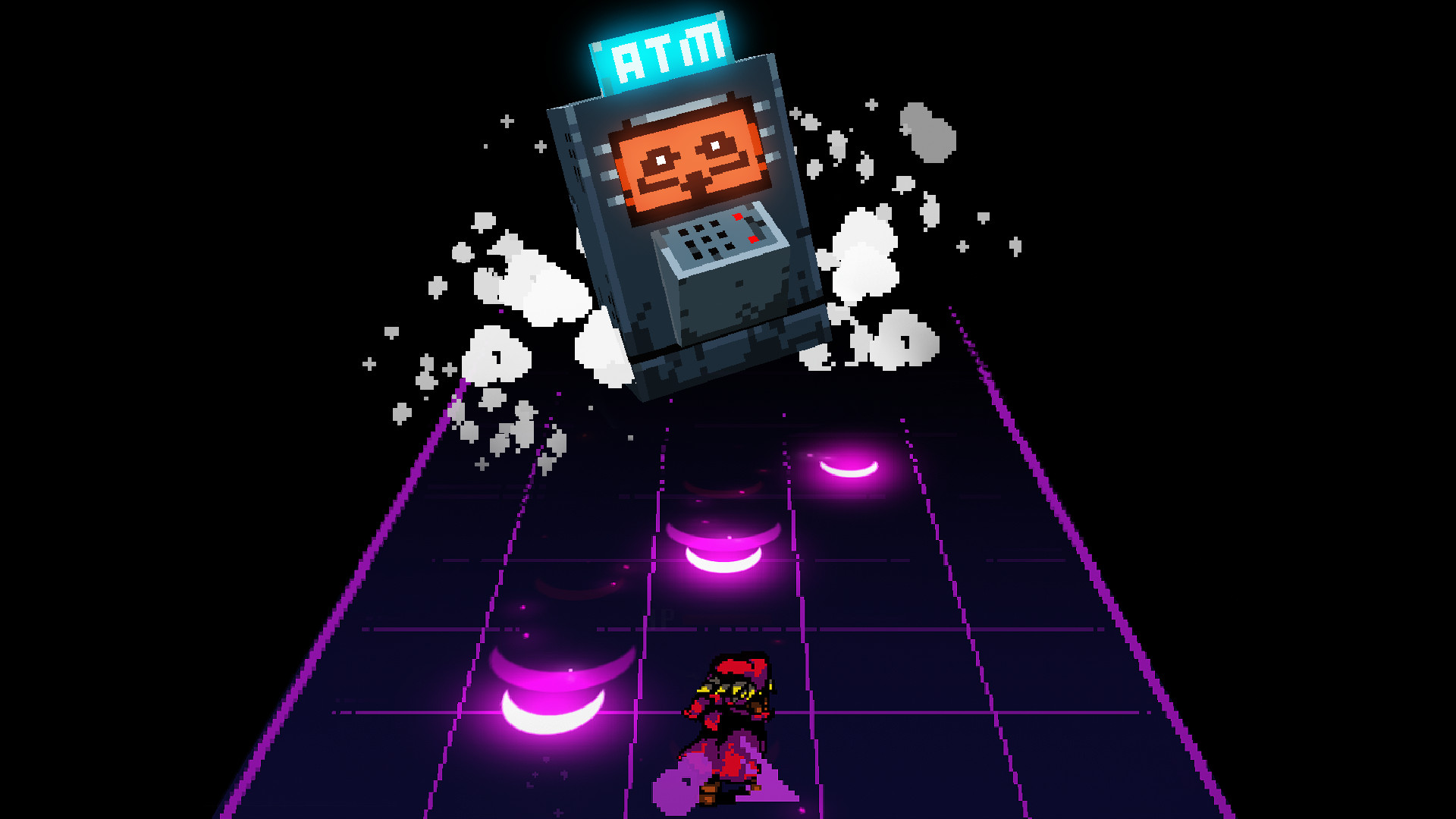 Everhood isn’t a brand-new game, but I have wanted to try it out for a while. Developed by Chris Nordgren and Jodi Roca, Everhood is similar to Undertale but focuses on rhythm and music. There are also gnomes, definitely not Kermits, and wee mushroom people. Combat in Everhood is based on what I have dubbed “The Reverse Rockband” system, where instead of aiming to hit the notes traveling towards you at lightning speed, you have to dodge them.

There is a mishmash of genres and environments to explore and be confused by. Dungeons, psychedelic, neon frights, and an assortment of mages and monsters await in Everhood. What also awaits is a truly banging soundtrack and a surprising look at what humanity really is. Come for the weird little guys; stay for everything. 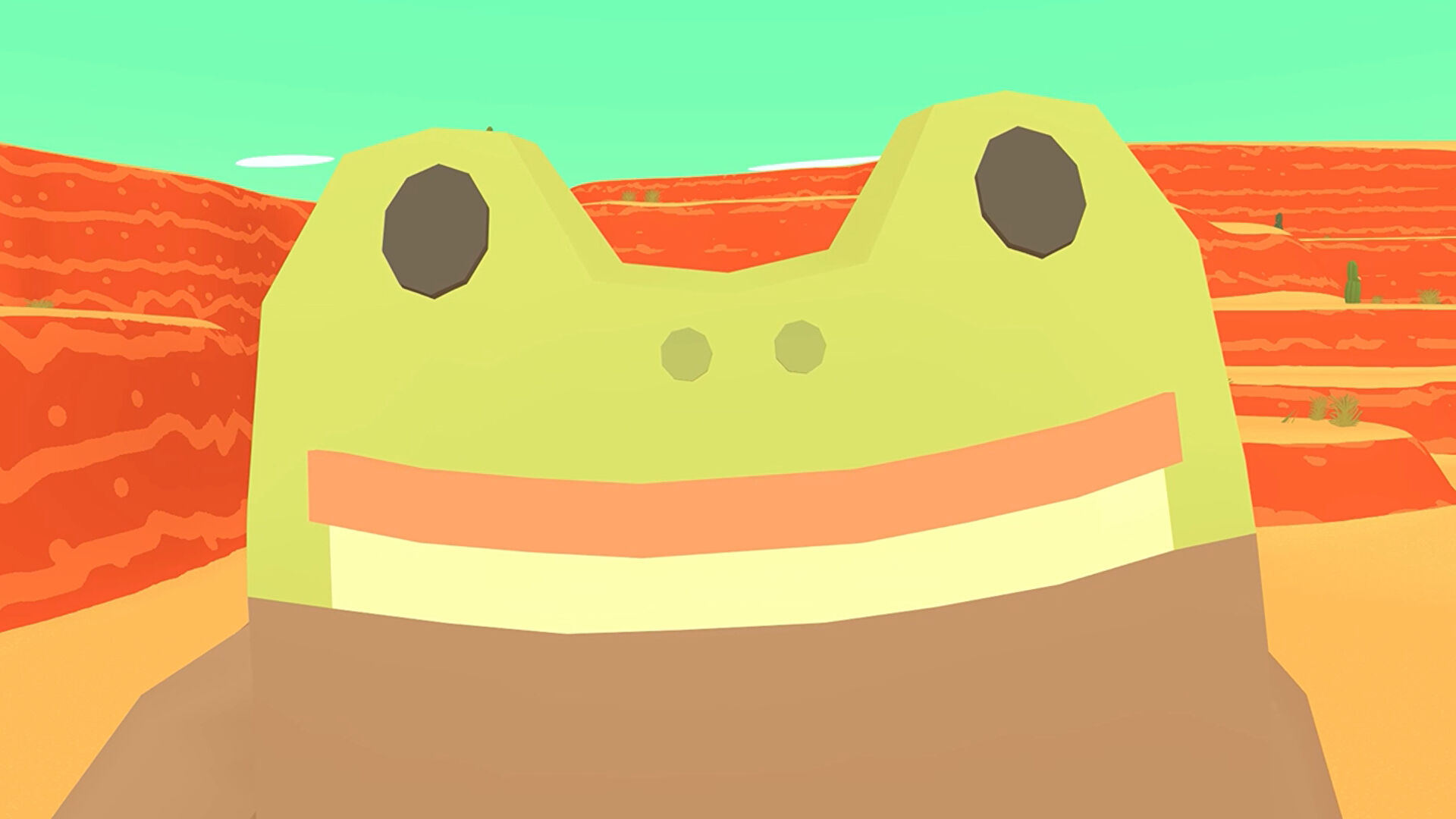 Frog Detective is a truly innovative series of games. A FROG, THAT’S A DETECTIVE. This is not sarcasm. Devs Grace Bruxner and Thomas Bowker bring the Frog Detective series to a close with this third installment. You’ve solved the case of the haunted island, brought the invisible wizard to light, and now it’s time to take down corruption in the wild west.

Once again, you are armed with your trusty magnifying glass and notebook. The notebook is a detective’s most crucial tool, and it is equally important to spend excessive time arranging stickers on its cover. The Frog Detective games are a short experience, but they are wholesome, funny, and creative. The devs say this is the end, but I hope we see more one day.

That does it for games you can play now, but what about titles coming up in the future? Here’s a quick round-up of some demos for upcoming or already existing releases that I had the chance to check out this fortnight.

Dreams in the Witch House 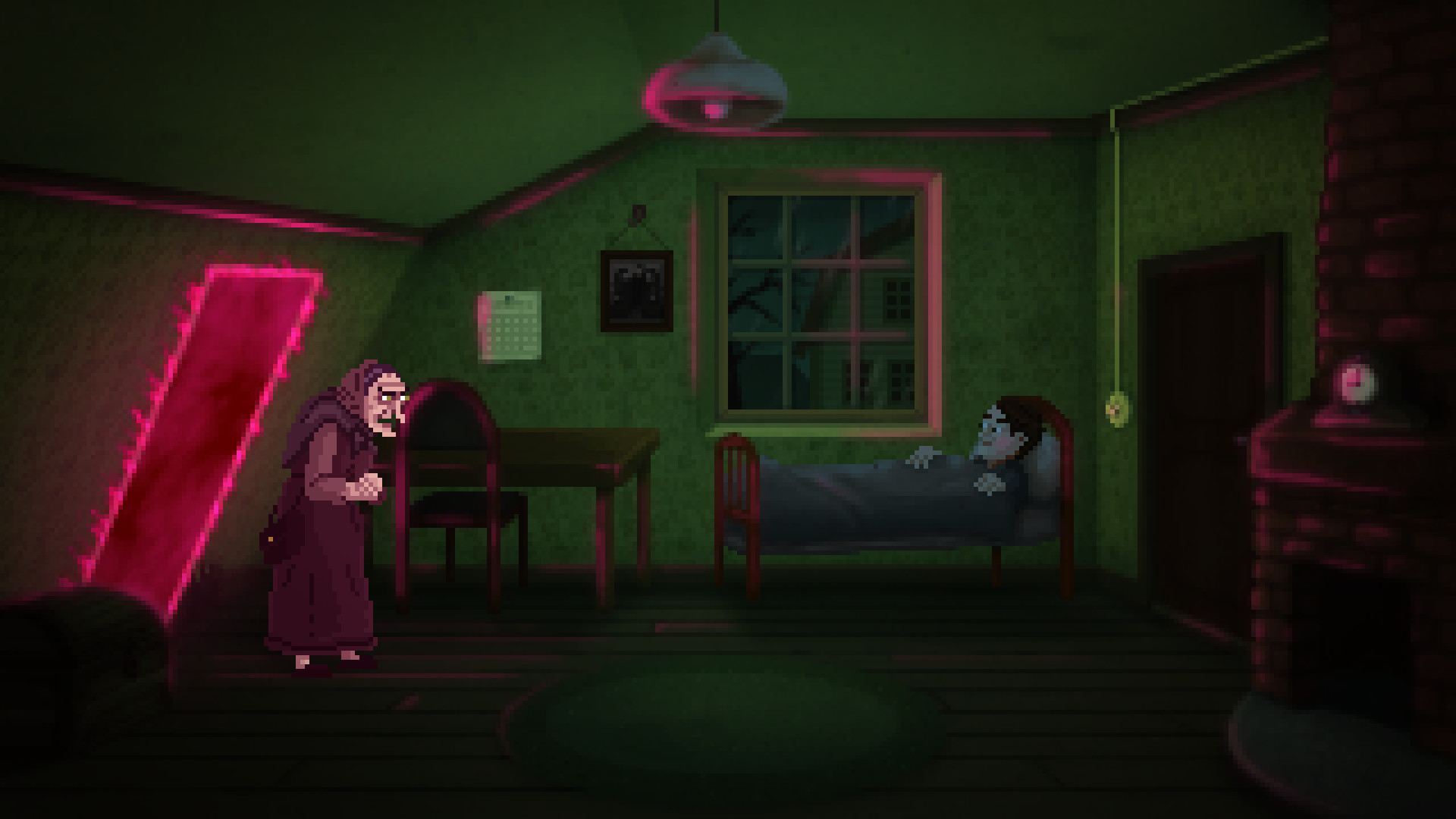 Based on the never-ending font of horrific tales of H.P Lovecraft, Dreams in The Witch House is an upcoming retro-style point-and-click game from Atom Brain Games where you play as new Arkham University student Walter Gilman. Walter has just moved into a boarding house surrounded by rumors and soon begins experiencing strange dreams. The demo feels like a game from the past, more convincingly than some that try this approach with graphics and gameplay that match the genre perfectly. The full game will release in early 2023, and I’m looking forward to checking out this take on the classic Lovecraft story. 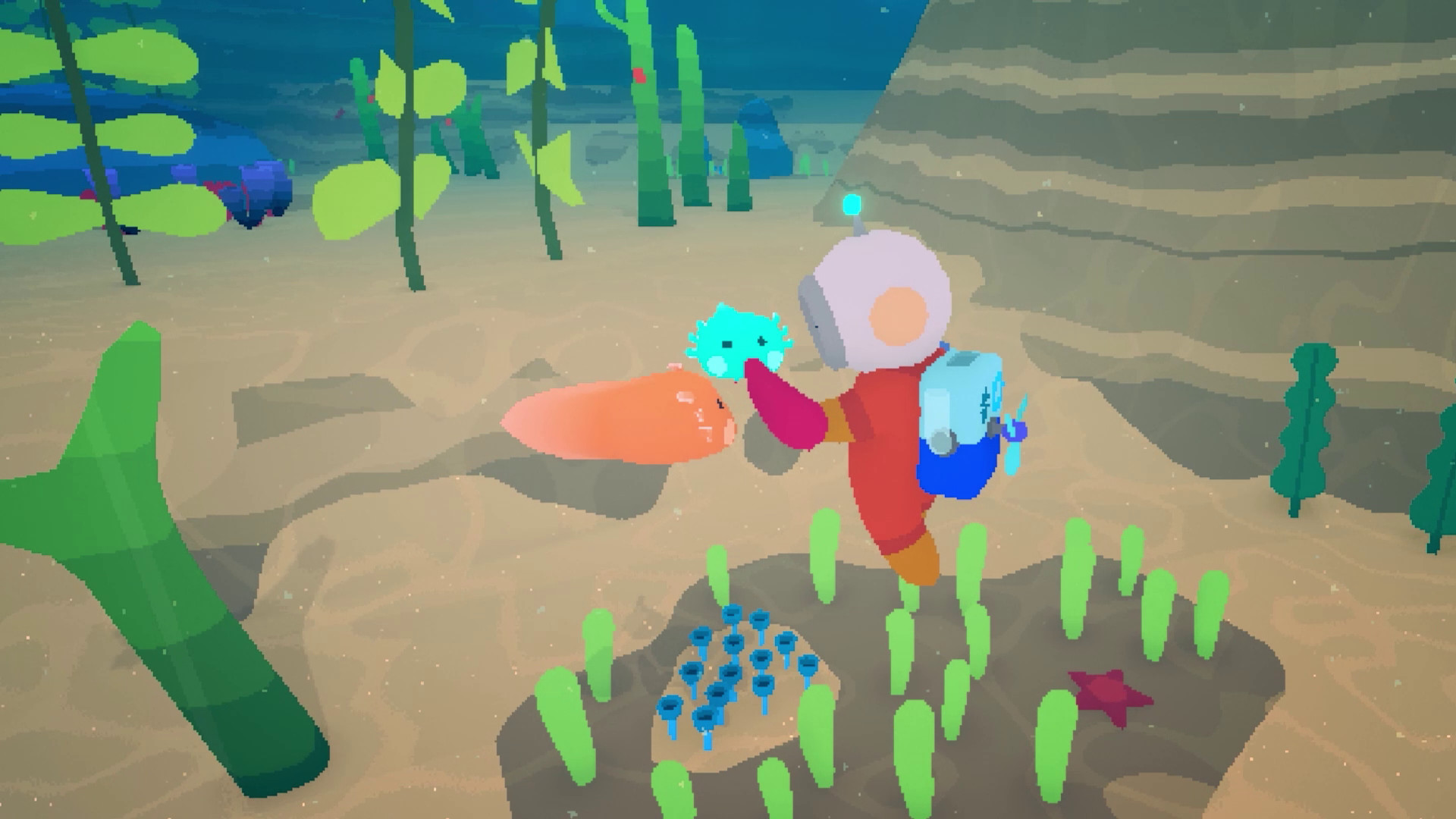 In Loddlenaut, you are a tiny little astronaut/diver tasked with cleaning up the waters of a new planet. You have a wee gun that sucks up trash and shoots lasers that destroy the toxic goop covering the native flora and fauna. You can recycle the trash at your base, turning them into building materials that are exchanged for upgrades and gadgets. There is also an oxygen mechanic to look out for as it depletes in certain areas.

Developed by Moon Lagoon and published by perennial tidying game studio Secret Mode, the game joins the stream of satisfying cleaning games that have appeared recently, but there is a bonus to Loddlenaut. There are tiny creature friends to feed with the local fruits you can collect. These little creatures are called Loddles, and I foresee this game being my entire personality once it is released sometime in 2023.

Here’s a schedule of indie titles releasing within the next two weeks: