It was recently revealed that Aaron Taylor-Johnson met with James Bond producers and took part in some screen tests. While nothing has been confirmed, I’d like to offer ten solid reasons why he would be a perfect choice. Let’s jump in:

He’s Got the Look

I mean, that’s really what this is all about, right? The person they pick has to pull off that suave signature Bond look. As someone who has done extensive research into his qualifications, I’m here to report Aaron Taylor-Johnson is the man for the job.

He Did Tactical Training for Tenet and Bullet Train

Aaron Taylor-Johnson has done intense tactical training for his previous roles as special forces agents. He worked with the same team that trained Keanu Reeves for the John Wick films, so you know he’s the real deal. He has the skill set of a new bond; there’s no doubt about that.

He’s Played a Charmer Several Times, and He Does It Well

Bond must be a real charmer regarding the many beautiful women he encounters. However, my extensive research has also shown that he will have zero issues fulfilling that demand. He’s played plenty of charismatic, romantic roles with ease. Combine that with his action film experience, and he’s good to go.

We Already Know He Can Kick-Ass

For many people, including myself, Kick-Ass was the first time we laid eyes on Aaron Taylor-Johnson. He was a young, fresh-faced teen with great comedic timing and held his own with some seasoned co-stars. He immediately went on my list of actors to watch out for.

Did I Already Mention Bullet Train?

Seriously, If you haven’t watched Bullet Train, do yourself a favor; grab some popcorn and turn it on. The movie is essentially one big James Bond audition tape in the best way.

If you’re still skeptical about him being able to pull off the role, I feel this movie will put all of those worries to rest. This movie is one big demo reel for why Aaron Taylor-Johnson should be Bond.

He Has the Physique

Aaron Taylor-Johnson is known for maintaining his toned physique over the years. In addition, he showcases his rock-hard work in many of his films.

Ideally, the actor chosen should be in peak physical condition to be able to perform the many exhilarating stunts showcased in the Bond franchise. I believe he checks all the boxes in that category.

When we get a new James Bond, we can expect at least several movies featuring the newest selection.

Aaron Taylor-Johnson is the ideal age at 32 to take up the mantle and continue the franchise for the next decade. But, of course, it also helps that he loves what he does. He can be seen in gag reels laughing and having fun with his co-stars on set, and I think the ability to have fun at work while filming a serious flick makes him a joy to be around.

I’m not sure the older generation is sold on Aaron Taylor-Johnson as James Bond, but there’s no surprise there. I’m sure they’re the same people who doubted Daniel Craig before he nailed the role and proved everyone wrong.

To combat the possible loss of interest from the older crowd, I think having Aaron as Bond will definitely draw in the younger crowd, who knows exactly who he is and what he’s capable of. I, for one, will be first in line at my local theater to support the cause.

Do you need someone to play the part of a British literary and film character who is an agent in the British Secret Intelligence? Look no further than, you guessed it, Aaron Taylor-Johnson! Born in Buckinghamshire, England, he couldn’t be more British if he tried.

He’s got the accent on lock, which allows him to focus on fine-tuning other character attributes.

He’s Got the Acting Chops

This exquisite man is a chameleon when it comes to taking on drastically different roles. He can morph from a clean-cut, romantic Calvary officer in Anna Karenina, to a ruthless, sadistic gang member in Nocturnal Animals and everything in between.

His role in Nocturnal Animals landed him a Golden Globe for Best Supporting Actor in a Motion Picture, and rightly so. I’m sure he can take little pieces from these previous roles and morph them into his next role as James Bond.

Who Do I Call To Make This Happen 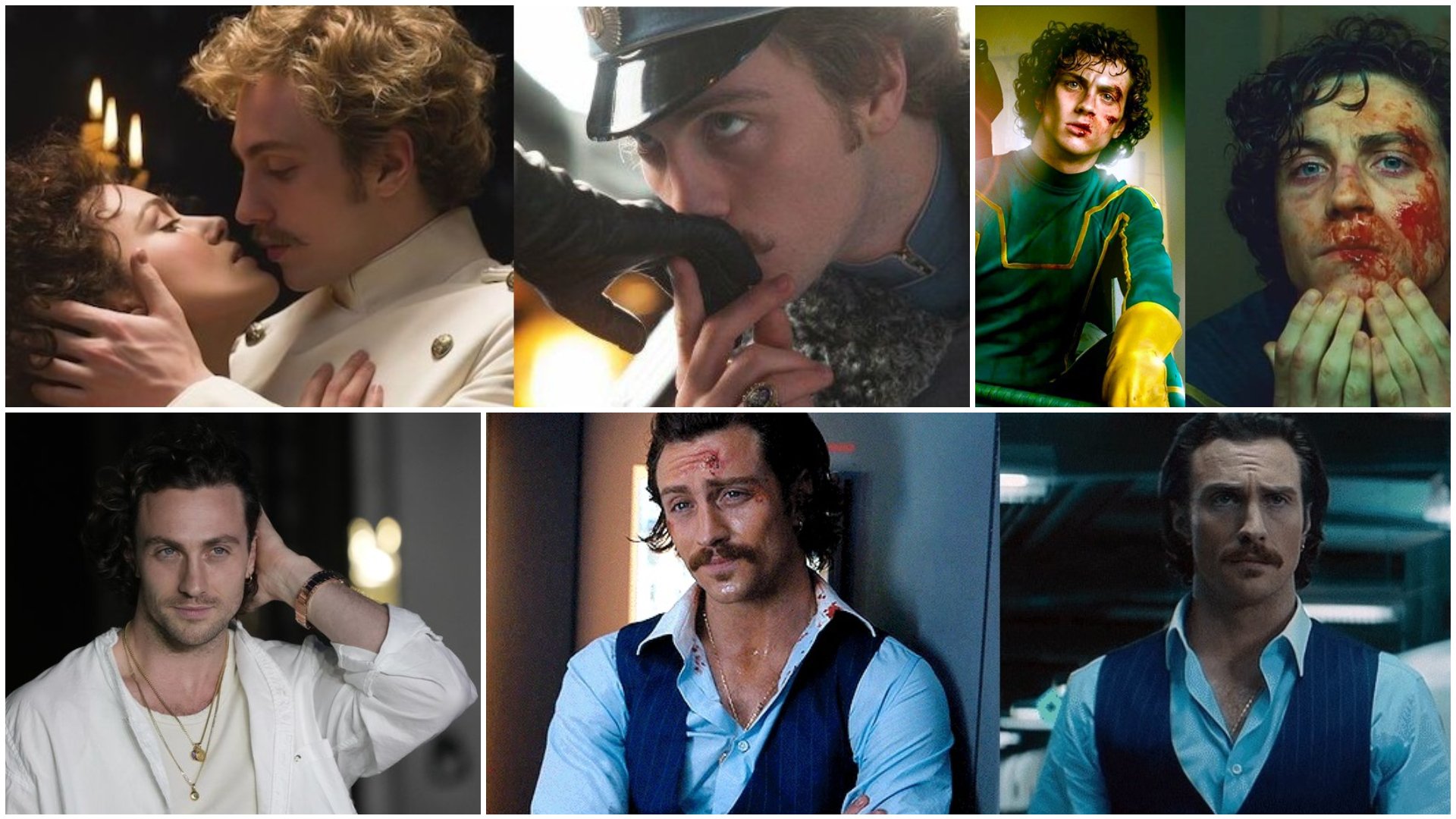 In conclusion, the producers would be out of their minds if they passed on him. Aaron Taylor-Johnson should be the next James Bond. Period.

If he’s not cast, it will be shocking. Positively Shocking.

An artist and avid gamer who will judge you heavily based upon your favorite movie.